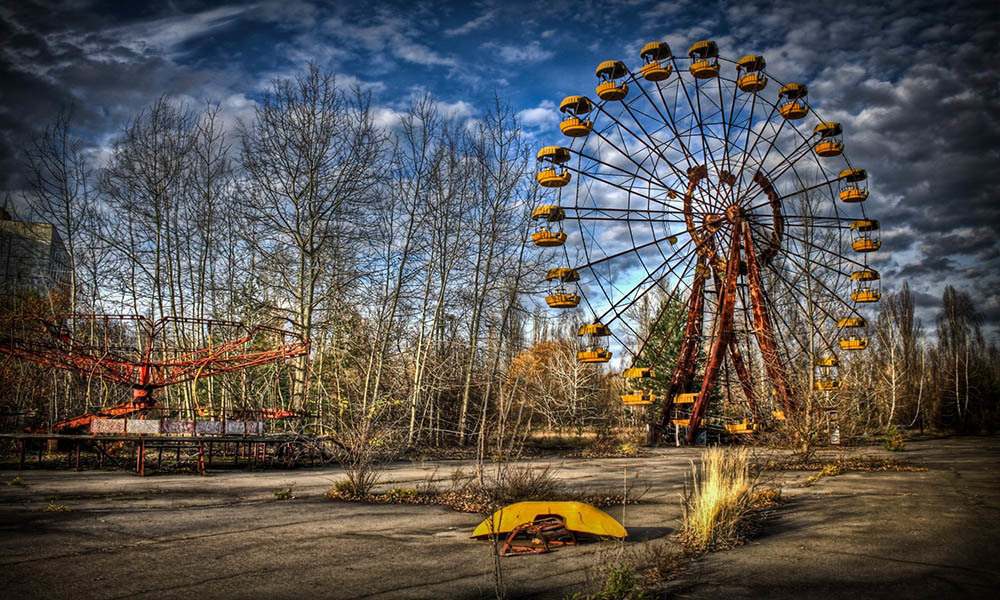 Chernobyl, without exaggeration, is one of the most famous places in Ukraine. The accident that happened on April 26 in the 1986 year has affected not only Ukraine and neighboring countries, but has transferred into a global catastrophe.

Due to the destruction of the fourth reactor, an ample quantity of radioactive materials fell into the atmosphere. The radiation pollution made thousands of residents leave these places and even more people were thrown into this zone to combat radiation pollution and other consequences of the explosion.

Speaking about the Chernobyl disaster, many people forget that Chernobyl and Pripyat are completely different cities. Chernobyl is located at a distance of 12 km from the subverted nuclear power plant (NPP) and suffered much less in the aftermath of the accident than Pripyat. Today in Chernobyl live not only those people who ignored the evacuation, but also those who have already decided to come back home. Pripyat is directly related to the Chernobyl NPP. The city is located 2 km from the station. About 50 thousand people were living in Pripyat at the time of the accident.
For 30 years, the city of Pripyat has been abandoned and uninhabited. The radioactive dust that fell from the destroyed power unit, settled in the recesses and firmly stuck in the soil, buildings, and trees. All this does not allow people to return to Pripyat, which is currently an open-air museum city. A water fluoridation station and a checkpoint at the entrance to the city still successfully function on the territory.

The Chernobyl tour makes is possible to see with your own eyes the mysterious and amazing Chernobyl, which is abandoned by people, but has a rich history. You will definitely like the Pripyat visiting, as it is known to all as a ghost town from computer games, which is inhabited by monsters and mutants. Of course, you will not meet mutants there, but you’ll get thrilling emotions after abandoned schools, kindergartens, and the well-known amusement park visiting. While the specified Exclusion Zone leaving, you’ll pass dosimetric control, so be ready to it and don’t worry.
What Will You Get?

You can order the tour by visiting the Military Tour website and leaving your contacts. The company makes all the best to create the necessary atmosphere and please the guest with a high-quality service. All the prices are demonstrated on the website, moreover, you can find out more information from company managers, who will tell you about all the peculiarities of the trip in more detail.
Pay Attention!